"> Three Pillars of Intuition: A Methodology for Oracle & Tarot
Skip to main content
Buy $85.00
Watch Intro Video
A dynamic, fun, and empowering  Intermediate/Advanced level course for lightly-experienced, as well as seasoned Oracle & Tarot Readers. Sloane has created a detailed methodology for Reading cards to help you provide more conscious and comprehensive Readings, as well as continue to gain confidence in your natural abilities. The course primarily uses Oracle cards to showcase the methodology, but does include some Tarot examples.
Includes over two hours of video examples with the cards, worksheets for each of the three techniques, resources, and encouraging videos by Sloane to assist you on your journey.
This is a professional level certification course. Upon completion, you will receive a downloadable Certificate of Completion and Badge for your website or office, which is always fun to have and let's your clients know that you have undertaken some study. Of course, there are many wonderful Readers who do not have certificates, as a certificate is no guarantee of commitment or ability. However, this course is well thought out, and I structured it to be very beneficial to Readers. I am happy to provide a Certificate of Completion to those who have undertaken to finish the course.
Note**This course WILL NOT teach individual Tarot card meanings.  It is not a beginning course for learning Tarot.
Read Less

I have been following Sloane Rhodes on YouTube for several years and just completed her Three Pillars of Intuition Class. I worked on it daily, including tak...

I have been following Sloane Rhodes on YouTube for several years and just completed her Three Pillars of Intuition Class. I worked on it daily, including taking time to practice what I had learned, and not only do I believe that my intuitive skills have increased, but I also plan on working through the lessons again (or several times) because I believe that each time I will be able to draw more from the lessons and develop my skills even more. The lessons were very well organized, and I appreciated that Sloane offered thorough examples and went over concepts more than once, so that I could fully grasp them. While I felt that I was tapped into my intuition before taking the class, the fact that Sloane breaks down the aspects from which you can draw intuition into the mental, emotional, and physical helped me to recognize my intuitive strengths and weaknesses, so I could work on developing a more well-rounded ability. I can tell much time, energy, and thought was placed into creating this class and I'm very glad that I took it. 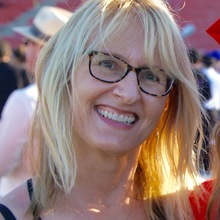